During my holiday break I had planned to do several things, one of which was to finally see firsthand just what all the hype was over the folksy soccer comedy series, Ted Lasso. In just its second season, Ted Lasso has already established itself as a top sitcom, garnering Apple TV+’s biggest audience yet. Born out of a series of commercials that NBC produced to promote the EPL on the network, Ted Lasso is about a folksy American football coach, who is hired to coach an English football club, despite knowing nothing about the sport. The show, which has become an unlikely sensation, raking in 20 Emmy Award nominations, and putting AppleTV on the map as a competitor against media moguls like Netflix and Hulu, quickly garnered a cult following and sizeable buzz, especially on social channels.

One of the things that drove me to binge watch Ted Lasso was purely because as a digital enthusiast, I no longer have the patience to sit through “regular” tv shows, due in large part to the innovation that television viewing has undergone, especially during the pandemic. No more tedious, irrelevant commercial interruptions, and no more waiting weeks for the next episode, thanks to technology.

While streaming services predate lockdowns, the fact that nearly every network now has launched their own subscription services — whether to provide an alternate and safe form of entertainment, or an escape during lockdown — demonstrates just how much digital adoption continues to evolve and accelerate, across every imaginable industry. The re-introduction of online streaming means dramatically increased choice, especially as more companies began to innovate with both content and distribution. Viewers who had previously only dabbled with the likes of Netflix and Hulu suddenly found them essential, propelling the creation of new content, in an effort to capitalize on trends and hopefully undercut competition.

By creating compelling original programming, analyzing its user data to serve subscribers better, and above all by letting people consume content in the ways they prefer, Netflix disrupted the television industry and forced cable companies to change the way they do business. Already an established tech behemoth, through innovative tools like smartphones, computers, laptops or smartwatches, Apple has regularly leapfrogged its competition to engage and entertain consumers. It comes as no surprise then, that although they were late to the ‘streaming services’ game, through intentional use of consumer data, and ability to deliver big-budget, high quality entertainment, shows like Ted Lasso are giving their competitors a run for their money and market share, with their growing pool of subscribers.

Staying true to Ted’s own origin story, both started from humble beginnings, seemingly by accident, as a comedy skit over eight years ago, and evolving into something that has become not only a current pop culture phenom, but a prime example of progressive thinking and how companies can expand their reach and audience both from a geographic and demographic perspective without diluting brand itself.

The latter of course makes me think of the similarities between Ted Lasso and the insurance industry, especially seeing how many articles, blog posts and social media mentions that Apple TV’s titular character has garnered in the past few months. Everything from lessons in leadership, innovation and “Lasso-isms” have provided an ample framework for organizations to position themselves as leaders in mainstream media in this digitally dependent world. And while I do not disagree that Ted Lasso is a pinnacle for positive tool for growth, insurers can learn much more than just facets leadership. The example of Ted Lasso provides us with the ability to utilize out of the box approaches, design thinking and purposeful strategies to optimize process, people and the capability to  leverage new tools and technology.

Many will argue that this has been the path for insurers for years, and they are correct, growing new products, distribution channels and customer bases has been an integral strategy. However, a primary challenge, especially for smaller carriers, has been understanding how to find those comparable fits from a commercial and cultural perspective in order to expand their own brand presence into other markets and connect with customers they may not have initially considered. Lessons from Lasso teach us all to look beyond the box, and while we may not all be fans of English Football (soccer) or even quirky, upbeat, mustached coaches, sitcoms or even Apple, sometimes it’s those idealistic views that permeate our comfort zone and help us see things differently and “lasso” innovation in ways which help achieve the transformative changes we wish to see in this new, digitally driven world. 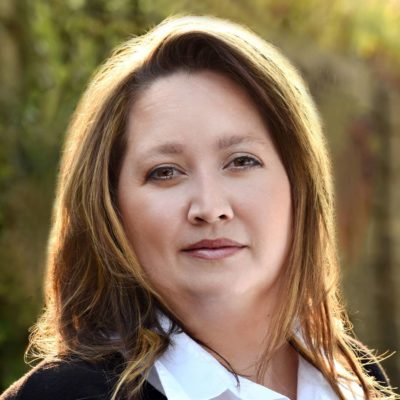 Nikki Dugan Nikki has had many monikers over the tenure of her career: Marketing Maven, Dedicated Brand-bassador, Catalyst for Culture and Champion for Change. She considers herself an eclectic mix of all; part Insurtech aficionado, part creative mind, part strategist, and part dreamer. When not focused on the latest challenges and technology solutions, she spends her time in her NJ home, experimenting in the kitchen and doting on her granddaughter.